Missing in action: Parliament is logjammed but real democratic problem is in state legislatures which meet much less

HomePolitics & Current AffairsMissing in action: Parliament is logjammed but... 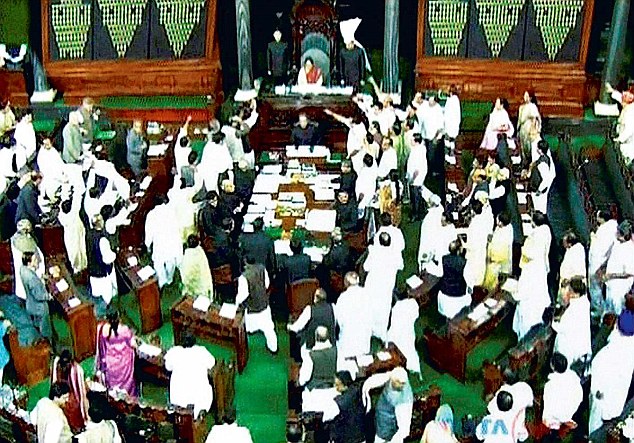 Explaining the need for promulgating ordinances for reforms in insurance and coal block allocations, finance minister Arun Jaitley blamed the stand-off in Rajya Sabha, arguing that the country cannot wait if one of the houses of Parliament “waits indefinitely”. At a time when the opposition dominated Upper House has become a fail-safe vantage point for ambushing the Modi government — and images of protesting MPs storming the well of the House have come to symbolise Parliament as much as anything else — it is commonplace to blame Delhi’s broken and churlish politics for legislative deadlock.

Yet, step away from the miasma of daily headlines and it is clear that the real problem of Indian governance lies not in Delhi but in the states. For a decade, 2003-13, Lok Sabha met for an average of 68 days per year (18.6% of each year). That might seem low but in contrast, in the same period, Delhi assembly met only for an average of 21 days (5.7%), Goa 26 days (7.1%), Bihar 31 days (8.4%), Himachal Pradesh 31 days and Haryana assembly for a shocking 13 days per year (3.5%).
In the absence of any legal requirement for minimum sittings of Parliament or state assemblies — except that no more than six months should elapse between successive sessions — they have all evolved their own working standards. In fact, Parliamentary Research Service data show that in the last five years Parliament improved marginally, with average Lok Sabha sittings going up to 71 days per year (2009-13). In the same period, state assemblies like Haryana actually dropped average annual sittings to an abysmal 11!

Overall, among states for which data is available, only Kerala’s Niyama Sabha with an average of 50 sittings, West Bengal assembly with 46, Maharashtra with 41 and Tamil Nadu (2011-14) with an average of 38 annual assembly sittings came even within sniffing distance of Parliament but fell well short of it. Chhattisgarh and Gujarat with an average of 32 days each per year, Madhya Pradesh 30, Rajasthan and Assam with 24 days each (in 2014) make up the middle rung in this report card.
Purely in terms of simply meeting for legislative work even the best-performing state assemblies physically do only about 50-70% of work done by Parliament, the middle rung ones about 40% and the laggards less than 30%. This is much less than what successive conferences of legislative presiding officers have recommended in the past.
Constitutional expert and former Lok Sabha secretary general Subhash Kashyap points out that repeated recommendations seeking a minimum of 120 sittings a year for each legislature have been ignored and respective governments continue to decide how much business to provide to legislative houses and how many days they will sit.
How much does this matter? There is a direct co-relation between legislative transparency and governance. It is surely no coincidence that Punjab is the only Indian state whose assembly does not have a fully-functioning website, that it met for less than an annual average of 20 days in recent years and its total outstanding debt crossed Rs 1 lakh crore in 2013-14. Irrespective of their output, the better state assemblies like Kerala and Maharashtra transparently provide details on every minute of business, just as Parliament does. This is an essential watchdog function whose absence is detrimental to good governance.

What about quality of discussion and debate? Here again Parliament does far better than states. During the years when Haryana’s then-Congress government was reeling under charges of favouritism towards Robert Vadra, the state assembly’s performance is instructive. Between 2011-13 Haryana passed 121 Bills, a whopping 56% without any discussion in the assembly, 6% with less than five minutes of discussion and only 5% were discussed for more than 20 minutes.

Except for finance and appropriation Bills, this kind of lack of scrutiny is par for the course in several states. Surprisingly, Bihar does well. Its assembly discussed each of the 21 Bills that it passed in 2013 for an average of 39 minutes. But this pales in comparison with Parliament where, despite all its failings, average time spent on discussing each Bill is upwards of three hours.

We may be the world’s largest democracy but Parliament still fares poorly on international norms. Britain’s Parliament met for 162 days in 2013-14. India’s Parliament has also not passed a single private member’s Bill — an important indicator of MPs’ independence from party lines — since 1970. Current protections to coverage of parliamentary proceedings, for example, come from one such private member’s Bill chaperoned by Feroze Gandhi in 1956.

Paradoxically, the state of Indian state assemblies is quite similar to state legislatures in United States which also has a federal system. Since the 1980s, American state legislatures have gradually reduced annual sittings. Some like South Dakota have limited such sittings to only a maximum of 40 a year.

Ambedkar famously argued in the Constituent Assembly that, “If things go wrong under the new Constitution, the reason will not be that we had a bad Constitution. What we will have to say is that Man was vile.” With the fulcrum of governance shifting to states, the time has come to set minimum standard of legislative accountability in India.