Modi’s whirlwind diplomacy and why his 41st foreign trip matters

HomePolitics & Current AffairsModi’s whirlwind diplomacy and why his 41st... 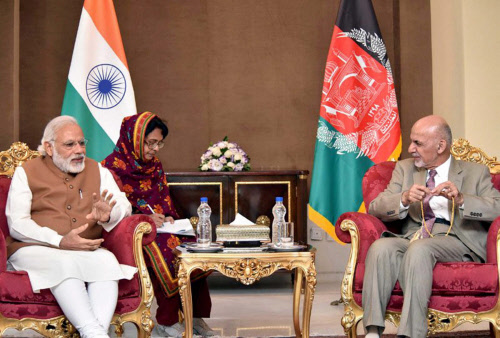 A month after he inaugurated the Chabahar Port in Iran, Prime Minister Narendra Modi is off to another whirlwind foreign tour, his 41st since taking office in May 2014. Starting today, where the Prime Minister’s day includes breakfast in Delhi, lunch in Herat and dinner in Doha, he will be visiting 5 countries in 6 days and taking part in almost 40 official engagements.

Here is why this trip matters:
Herat: The Prime Minister is inaugurating the Salma Dam, the single biggest investment India has made in the region, the $275 dam, built by Indian engineers and with Indian money will provide 42 MW of electricity to the region and is expected to provide irrigation to an area of around 75000 hectares.
Ashraf Ghani
Situated about 160 km from the Chishti-i-Sharif, the original home of sufi saint Khwaja Moinudeen Chishti, the Salma dam was built despite major security threats, a Taliban attempt to bomb the dam in 2013 and security threats forcing Indian engineers to be ferried in and out on Afghan military helicopters.

Its completion, which was due originally in 2012 under the Manmohan Singh government, is an important landmark. As India increases its regional strategic footprint, there have long been question marks on its delivery record for infrastructural projects in the region, in comparison to say China, and the Salma Dam is a major achievement. 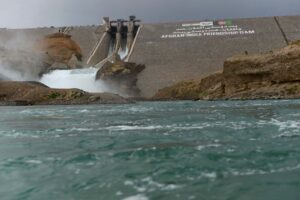 It is part of a phalanx of projects developed by India for Afghanistan – the $135 million Route 606 from Delaram to Zaranj, the $42 million power transmission line from Pul-i-Khumri to Kabul and the $90 million new Afghan Parliament building in Kabul.

With over $2 billion in development funding in Afghanistan over the past decade, India is among the biggest donors to Kabul and the Salma dam’s opening is proof that it can not only spend money but deliver difficult projects. That this would also be Prime Minister Modi’s second meeting with Afghan President Ashraf Ghani in a month (after seeing him in Teheran in May) underscores the nature of the Delhi-Kabul matrix.

Doha: The PM’s Doha trip follows close on the heels of his recent trips to Saudi Arabia, UAE and Iran and is part of India’s outreach to the Gulf. Qatar’s Emir Sheikh Tamim Bin Hamad Al Thani was the first Arab head of state to visit India after the new regime came to power (he visited in 2015) and the Prime Minister is returning the Emir’s call. This is the first visit to Doha by an Indian PM since Manmohan Singh on 2008 and Qatar is not only an important swing Gulf state but also the largest LNG gas supplier to India (accounting for over 65% of imports in 2015).

Geneva and Mexico City: These two trips were added to the PM’s trip plan at a later stage, largely, it seems because of their reservation about India’s application to join the Nuclear Suppliers Group, the elite group that controls atomic commerce. India submitted its application to join NSG on 12 May, follows by Pakistan on 19 May. China is opposing India’s application and the Swiss and Mexicans both reportedly have concerns about proliferation. They were among the naysayers even in 2008 when the Indo-US nuclear deal was signed and exemptions were granted to India only after then US President George W. Bush had personally intervened.

The NSG has called an extraordinary plenary meet on 9 June, which will serve as a kind of vetting meeting for its plenary session on 20-24 June in Seoul. By going directly to Switzerland and Mexico and meeting their heads of state, PM Modi is personally leading the charge to allay their reservations.

Washington: The fact that is Modi’s 4th visit to Washington since 2014 underscores the growing closeness of Indo-US ties. He will not only be meeting President Obama, he will be addressing the US Congress (the sixth Indian PM to do so) 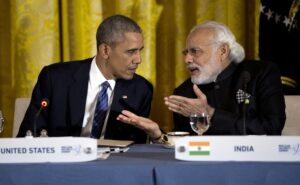 The energy is back in Delhi-Washington relations after the ennui of the last years of UPAII and this trip is about “consolidation and celebration” as the strategic analyst C. Raja Mohan of Carnegie India puts it. With Delhi and Washington converging more than ever before, especially on Pakistan, with the prospect of a downsizing of American global engagements irrespective of whoever wins the 2016 presidential election and with India finally takings its role as an emerging power more seriously, this is a moment for “re-ordering India’s relations with the US”.