For a Monsoon Wedding: Delhi and the Commonwealth Games 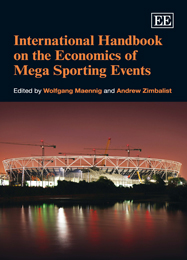 Delhi’s Tihar Jail is reputed to be the largest prison in South Asia. Among its more famous inmates, at the time of writing, is Suresh Kalmadi, Chairman of the Organising Committee (OC) of the Delhi Commonwealth Games 2010, Member of Parliament from Pune and head of the Indian Olympic Association. He is being prosecuted by India’s Central Bureau of Investigation as the “main accused” in a corruption case for irregularly awarding a time-scoring-result system for the Games to a Swiss company and has separately been charged with money-laundering (Kumar, 20 May 2011; Thakur, 19 May 2011). Eight other senior officials from the OC’s top management, including its former Secretary General and Director General, are also in Tihar Jail and being prosecuted for similar charges of corruption, criminal conspiracy, forging documents and passing them off as genuine in order to fix lucrative contracts they were awarding (Agencies, 20 May 2011). The now suspended head of Prasar Bharti, the host broadcaster, and the then head of Doordarshan, the state TV network, have similarly been accused by a government-appointed high level committee investigating the Games of providing “undue benefit” to key private companies, resulting in large losses to the exchequer (High Level Committee, First Report, 2011, pp, 3,5, 53-54).
Probing the massive infrastructure-building that went into the Games, the same government committee, appointed after a public clamour and led by senior auditors, also found Delhi’s state government and its various civic agencies guilty in many cases of bad planning, approving ill-conceived estimates and manipulation of contracts. This ultimately translated into “undue gains” for private contractors in city beautification projects such as street lighting and streetscaping. Among the more high-profile cases is that of the construction of the Games Village where delays are estimated to have led to losses over Rs. 2 billion. It was built by a private construction company which, despite delays and cost-over-runs, was awarded a controversial financial bailout in 2009 by the Delhi Development Authority. The project was beset by such irregularities that the high-level committee has advised the Prime Minister to take action not only against the contractor but also against several key public servants (High Level Committee, Third Report, 2011).

Politically, the Commonwealth Games were a disaster. At the federal level, the United Progressive Alliance coalition government of Prime Minister Manmohan Singh which, against most predictions, had won a renewed and stronger mandate for a second term in the 2009 national elections, found itself beset by major corruption allegations by the end of 2010. Though the federal government did not directly run the Games, the public spectacle of shoddy organisation and the brazenness of some of the organisers in making money had turned into a major political embarrassment well before the Games took place in October 2010. By early 2011, separate scandals such as kickbacks in allocating telecom spectrum contributed to the image of a government over-run by graft and it became the target of a major civil society campaign to bring in a new Anti-Corruption Bill in Parliament. The clear misuse of public funds in the Commonwealth Games was a key element of the discourse. Similarly, the provincial government of Delhi too found itself enmeshed in similar charges, with the Opposition demanding the resignation of the Chief Minister (Pandey, 25 May 2011).

The investigations into wrong-doing by the organisers will go on for a long time but it was not supposed to end like this. For their organisers, the Games were meant to be about projecting the capital city as a shining beacon of India’s global power play, a notion that was at the heart of Delhi’s bid for the Commonwealth Games from the beginning. Internal OC documents are unambiguous on the “bidding rationale” of Delhi 2010:
These Games will showcase, New Delhi, the capital of India, to the world and promote it as a global city of an emerging economic power. These Games will act as a medium for the development of the country (Organising Committee, General Organisation, p. 14).

Delhi wanted to do a Beijing, albeit on a smaller scale. One of the key missions of the OC is to project India as “an economic superpower” (Progress Report on Status of Games Planning, 2006, p. 53) and in late 2006, its officials made a presentation to Prime Minister Manmohan Singh. Describing this presentation, the Committee’s official newsletter listed six points, in a slide entitled ‘impact of hosting the Games’. Only one made a cursory reference to sport. The rest of the listed aims, laid down in those pre-global recession days, are revealing: “enhance the image and stature of India”, “project Delhi as a global destination”, ‘act as a catalyst for sustained development of infrastructure’, “add to the prevailing upbeat mood in the Indian economy“ and “create opportunities for trade, business and investment for Delhi and India” (Games News, 2010, p. 10). It could have been written by the Ministry of Tourism or Commerce.

Yet, the enduring image of the Commonwealth Games in 2010 for most observers in Delhi was the filthy pictures of toilets in the athletes’ village that flashed around the world just before the Games started. Such was the public anger that the OC Chairman was booed at the opening ceremony in Delhi. By the time the Games ended, most Indians were simply relieved that no bridges had collapsed, like the pedestrian bridge outside a stadium that collapsed just days before the Games started. After a year of only bad news in the lead-up to the Games, the simple fact that nothing went overtly wrong during the 12 days of the Games, that the sporting events went off without a hitch and that India did well on the medals tally, convinced many that the Games were indeed successful.
Yet, the legacy of waste, corruption, tremendous cost-overruns and bad planning speaks for itself. This is what this essay seeks to delineate in order to shed light on why the Delhi Games became so contentious.

i) The company, Swiss Timing, has vehemently denied the charges and in early-2011 published full page advertisements in major Indian newspapers with its rebuttal. See for instance, its full page advertisement in The Times of India (9 March 2011), New Delhi, p.2.
ii) All the main accused have publicly denied any wrong-doing.
iii) The charges of wrong-doing were denied by Delhi Chief Minister Sheila Dixit. Her government has submitted a detailed 14 volume 3,400 page rebuttal to the High Level Committee reports on the management of the Games to the Ministry of Home Affairs.