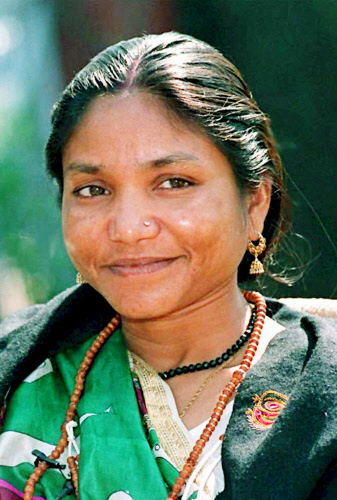 India has always been fascinated by the figure of the righteous daku, and never more so than with Phoolan Devi. From Sunil Dutt’s brooding Birju in Mother India who is driven to becoming an outlaw by a rapacious village moneylender to the countless Dharmendra films of the 1980s, popular culture has always been saturated by the idea of the simple village bumpkin losing his/her innocence in the face of village iniquities, escaping to the ‘beehar’ and finally taking melodramatic revenge before tearfully accepting the wrongness of taking the law into one’s hand, usually while dying in the lap of a righteous mother.

Think Amitabh Bachchan and Nirupa Sen in Deewar, which was essentially the same morality tale, except that the ‘daku’ in this case was an urban smuggler.
Unlike the eponymous Vijay in Deewar, Phoolan Devi’s life didn’t have a Bollywood finish in her mother’s lap, compete with the customary redemption. Her murder outside her official residence in Lutyen’s Delhi was more akin to the remorseless never-ending cycle of revenge eponymous with Ram Gopal Verma’s gangster films but she caught India’s imagination like few other outlaws before or after.

The sentencing of her killer Sher Singh Rana now, over a decade after that bloody monsoon morning in Delhi, is just desserts for her assassin but it also hides within it the continuing injustices in India’s hinterland. Ten others co-conspirators have been let off due to lack of evidence.
The village is a den of iniquity and injustice, Ambedkar had famously argued, and Phoolan’s story was a cruel illustration. Forced into a child marriage due to a family land dispute after she protested against ancestral property going only to male heirs, she went to court but was not even supported by her own father.

She was locked up in jail, raped and tortured by crooked cops and eventually drifted into banditry before being brutally gang-raped in another incident that was as much linked with traditional misogyny and inter-gang warfare as with brutal caste warfare. Her rapists were fellow dacoits but Thakurs. Phoolan took revenge by killing 22 of their caste brethren in Behmai in 1981. Whether she actually did the shooting herself or not is still dispute but at any the Behmai massacre made the legend of Phoolan Devi.

Even in a land full of dakus (real and imagined), Phoolan was a case apart because she was a woman who had taken up the gun, overturning her powerlessness with brute power. Much later, when she surrendered, the full strength of her legend came to bear in the fact that her jail wardens in Gwalior began charging Rs 10 each from curious gawkers for a viewing.

“I alone knew what I had suffered,” she later reminisced in her autobiography. “I alone knew what it felt like to be alive but dead.” From a hapless victim she turned into a symbol of gender injustice, wrapped in the romance of resistance and of redemption, finally surrendering in 1983: the last of the great dacoits who had begun giving up arms in the 1970s. Her appearance at the surrender ceremony in a red bandana made headlines around the world and gave her a desi Che Guevara sort of celebrity.

At any rate such a life would have been biopic but there was another twist in the tale. The story of the bandit queen became a major award-wining film and then surprise of surprises, she got elected to Parliament from Mirzapur on a Samajwadi Party ticket in 1996. Once could have been a fluke, but she got elected again from the same constituency in 1999. In Parliament, she was a natural for the journalists, who flocked to her like bees to honey.

Few could make up their minds on whether she was a heroine or a villainess: all were intensely fascinated by her.

And then just when she seemed to have finally put her past firmly behind her, embracing her new status as a politician, the gunfire of Behmai came back, abruptly ending her life in hail of bullets in the heart of the country’s most protected enclave. 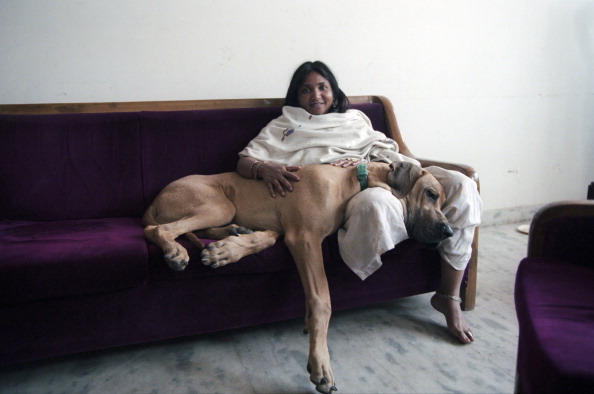 She probably wouldn’t have agreed with the trial court verdict which let off ten other accused due to lack of evidence but she might just have with insensitive jail doctor who after she underwent a hysterectomy in jail, reportedly joked “we don’t want Phoolan Devi breeding more Phoolan Devis”. It was a comment made in mirth and with scornful derision but the idea that India should have no more Phoolans, is something she would have approved of.
As she told her biographers:

Sing of my deeds
Tell of my combats
How I fought the treacherous demons
Forgive my failings
And bestow on me peace.