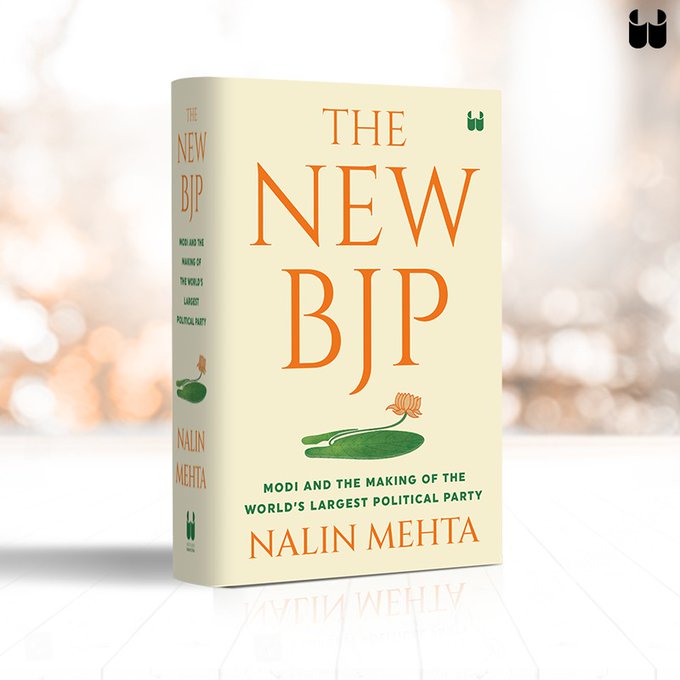 “In the recently held Uttar Pradesh assembly elections, Samajwadi Party was perceived as the most potent contender to the incumbent Bhartiya Janta Party. Amping up its inventory by riding on farmer sentiments and shaking hands with Rashtriya Lok Dal, the party gave a power-punched slogan, ‘Nayi Hawa Hai, Nayi Sapa Hai’ (fresh breeze of air and it’s a new Samajwadi Party)

Journalist Nalin Mehta explores this re-invention — missed by the naked eye of many — in his new book, ‘The New BJP: Modi and the Making of the World’s Largest Political Party’. Rather than indulging in the usual political commentary based on subjective reasoning, Mehta’s book uses crunching of hard data to dig facts and insights.

The book further explains other much-talked-about reasons behind the emergence of the BJP into an election-winning machine. How the party expanded its social base beyond its traditional terrain by forging new political and social alliances and how it captured the social media space as a tool of mass communication, all have been documented in great detail.

The emergence of the ‘New BJP’ is a story that runs parallel to the making of ‘New India’. But, the book does not attempt to trace this trajectory. It limits its probe to the reason behind BJP’s astounding electoral success. “Was it only because of a cultural shift in India? Or was its edifice of expansion built on creating a much wider, deeper superstructure of new constituencies of voters who aligned with it for reasons beyond the cultural divide? How did the BJP’s growth patterns differ across India’s regions, in new catchment areas where it had never held sway before, or in areas where it failed to make inroads? In other words, what really was happening in India, how did the BJP systematically become the country’s largest political party and its fulcrum of power? These are the fundamental questions I seek to answer,” writes Mehta.

And, the book does this with factual authority and academic rigour making The New BJP an essential read for those who want to unravel the secrets behind the saffron surge.

About The Author: Shishir Tripathi is a journalist and researcher based in Delhi. He has worked with The Indian Express, Firstpost, Governance Now, and Indic Collective. He writes on Law, Governance and Politics.