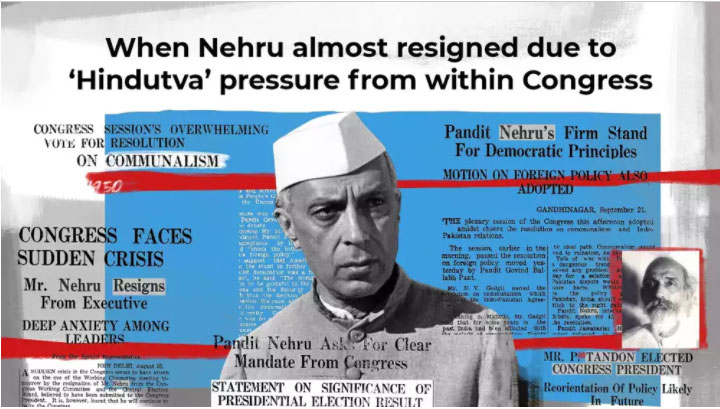 Jawaharlal Nehru is a hate figure for the Hindu right today because of his indelible stamp on India’s early direction — one that Hindu traditionalists did not agree with — in the first 17 years after Independence, when he was India’s first Prime Minister and undisputed Congress supremo. Yet, Nehru’s supremacy within the Congress was not preordained. In the first two years of his premiership, he faced such a challenge from Hindu traditionalists within his own Congress party, who were unhappy with his policies on Pakistan and Hindu refugees, that Nehru was forced to resign.

The dispute started when Syama Prasad Mookerjee, Hindu nationalist ideologue, India’s first minister for industries and later founder of the Akhil Bharatiya Jan Sangh, which preceded the BJP, resigned from Nehru’s cabinet. He quit the Nehru government over the protection of Hindus left behind in East Pakistan, specifically protesting the Nehru-Liaquat Delhi pact. Under the Delhi pact on migrations between East Pakistan and West Bengal, jointly signed by Nehru and Pakistan Prime Minister Liaquat Ali Khan on April 8, 1950, both governments agreed to guarantee the safety of religious minorities on their side. Mookerjee, along with another cabinet minister, MC Neogy, resigned from the government in protest the day that Khan was slated to arrive in Delhi.

He argued that Pakistani assurances on minority rights were untrustworthy since it was now an Islamic state. He felt that Nehru had acted weakly on the migrant question and went so far as to imply a military solution to protect Hindu minorities—whom he saw as the remnants of the Hindu nation—in East Pakistan. Rather than trusting Pakistan, Mookerjee felt ‘it would be better to propose an outright exchange of population’, because it was feared Hindus had ‘lost all sense of security in Eastern Pakistan’.