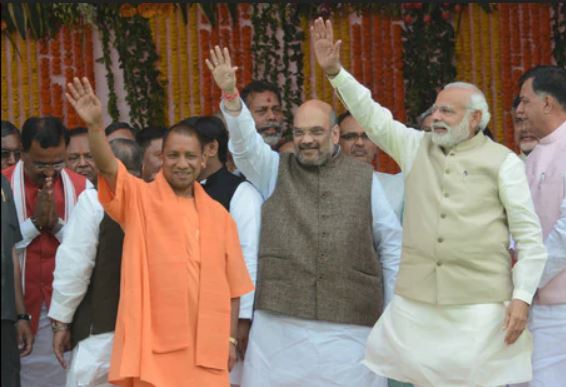 The BJP has become the most socially representative party in UP by caste. In the process, the party has reduced upper-caste dominance. However, this social engineering has been done without losing the support of the upper-castes

In June 2020, Prime Minister (PM) Narendra Modi pointed out to his party workers that the Bharatiya Janata Party (BJP) was represented by 113 Other Backward Class (OBC), 43 Scheduled Tribe (ST) and 53 Scheduled Caste (SC) Members of Parliament (MPs) in the Lok Sabha (LS). In other words, 37.2% of the BJP’s Lok Sabha MPs were OBC, 14.1% ST and 17.4% SC. This meant that 68.9% (209) of its 303 Lok Sabha MPs elected in 2019 were non-upper-caste, and from castes that were traditionally considered lower down in the caste hierarchy. Click here to Read full article

Why BJP Will Dominate Till 2047