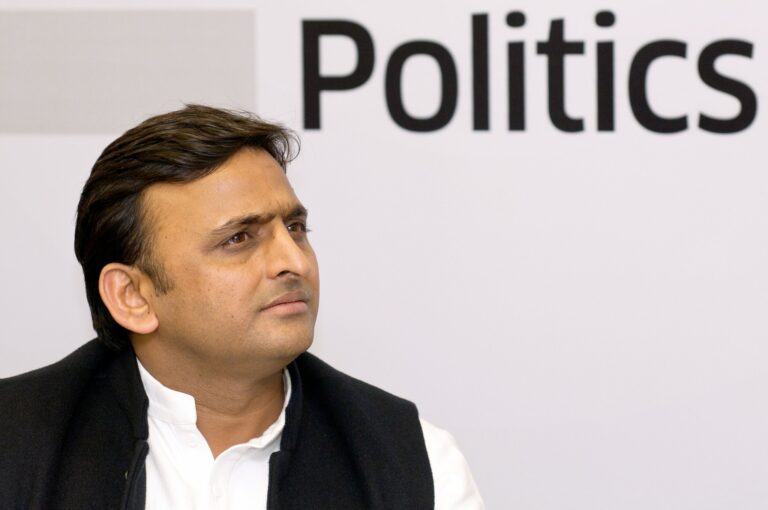 What’s in a tree? Can tree plantations symbolise a broader political message beyond safeguarding ecology? The answer is yes, if you are Akhilesh Yadav, UP chief minister and heir to the Yadav dynasty, now looking to reposition himself as a political entity in his right, not just a sapling withering under the shade of his father’s clan-focussed banyan tree. With elections less than a year away in India’s most populous and politically significant state, Akhilesh is looking to repackage his public image. His government’s record-breaking claim of planting five crore tree saplings across 6,166 sites in 12 hours on July 11 is part of this political makeover.

The plantation claims will take time to be verified – by a team from Guinness Book of World Records which somehow continues to enjoy a hallowed place of wonder in the Indian imagination. But the political message from the Yadav scion is unmissable. The clean-green drive was kick-started by photos of the chief minister and his wife, Kannauj MP Dimple Yadav, planting a varna sapling at his official residence. It follows a similar drive on November 7, 2015, when the UP government planted 10 lakh tree saplings.

Long taunted for being just one half of the “three and a half chief ministers” who run Uttar Pradesh, to quote BJP president Amit Shah, Akhilesh is clearly trying to create a political identity as development man, standing at arm’s length from the rough and tumble of the old-style politics of his father and uncles. His choreographed cancellation of the merger of jailed don Mukhtar Ansari’s Qaumi Ekta Dal with his Samajwadi Party, the sacking of the minister responsible, Balram Yadav, and his subsequent reinstatement are all part of this political double-act.

The big problem for him is whether people, who voted for his cycling man with iPad imagery in 2012, will buy his repositioning message after seeing the dominance of his father and uncles for so long? As one Lucknow observer said about his clampdown on the Ansari tie-up: “Dhobi se jeet na paaye, gadhe ke kaan pe baithe hai” (Couldn’t beat the washerman, trying to sit on the donkey’s ear). He has acted against political appointees before: sacking 36 with minister of state rank in May 2014, 82 chairmen and MoS rank officials in October 2014 (after a court order) and eight ministers in October 2015. Yet, people will believe the political transformation if he is seen to be acting directly against his uncles.

It wasn’t too long ago in September 2014 that Akhilesh, who has been castigated twice publicly by his father, had to suffer the ignominy of having to reinstate two senior bureaucrats he had himself removed within a week, though not before his official reinstatement communique warned them of action if projects they were heading weren’t completed in time.

The second big problem is law and order. Soon after coming to power, he reversed Mayawati’s policy of not allowing state policemen to serve in their home or neighbouring districts. It has led to Yadav control over UP police and brazenness by SP cadres, leading many to talk wistfully of Mayawati’s iron rule. Conscious of this, Akhilesh has been pushing for expanding UP’s emergency services. UP’s dial-100 police service will soon be expanded to several cities. Its dial-108 for 24×7 ambulance service was reshaped and significantly scaled up to every district. But these need to be supplemented with structural change on the ground.

BJP’s resurrection in UP is directly linked to Akhilesh’s reformation. From 224 out of 403 seats in UP’s 2012 assembly, SP was reduced to just 5 of 80 Lok Sabha seats in 2014. BJP, which rode the Modi wave to win 71 UP Lok Sabha seats, led in 328 assembly segments with 43% votes, reducing SP to just 42 assembly constituencies.

Can BJP sustain that momentum in an election that will be a virtual semi-final before the 2019 general election? Kickstarted by PM Modi’s rallies in Bareilly and Allahabad, BJP’s campaign is being personally fronted by Shah. The symbolism of his latest public foray in Mhow where BJP announced a tie-up with Omprakash Rajbhar’s Suheldeo Bharatiya Samaj Party (S-BSP), named after Maharaja Suheldeo who fought against Ghazi Salar Saiyyad Masud, a nephew of Mahmud of Ghazni who tried to plunder a temple in Bahraich, is unmistakable. Suheldeo’s followers are OBCs and in a multi-cornered contest where a high 20s vote-share can deliver a windfall, BJP is betting on non-Yadav OBCs, non-Jatav Dalits and an appeal to Hindu pride. Shah has already held an unprecedented six meetings with party booth workers in the past two months: Kanpur, Mathura, Barabanki, Meerut, Basti and Jaunpur.

In a state where Mohammad Akhlaq was killed over beef, and where SP is accused of being BJP’s B-team, big questions remain about Mayawati’s resurgence and whether the Muslim vote, which matters in about 120 constituencies, will split. BSP, despite recent defections, is setting its house in order and did well in recent panchayat elections. Mayawati has been re-gearing her party. Even though Congress remains obsessed with its will-she-won’t-she refrain about Priyanka Gandhi, the pieces on UP’s political chessboard are now in position.