Will hopefully return with a medal from Rio, says Sania Mirza 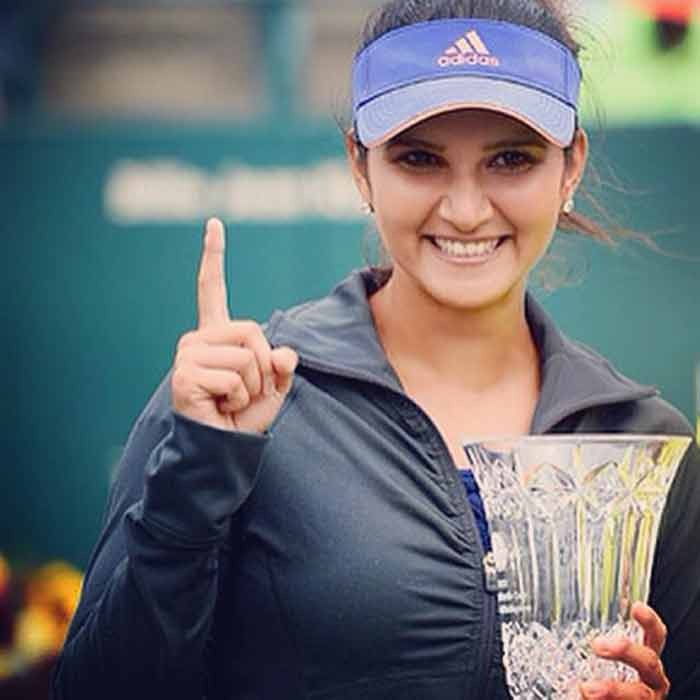 World no. 1 in tennis doubles, Sania Mirza will be leading the Indian tennis challenge at the Rio Olympics, with Rohan Bopanna in mixed doubles and Prarthana Thombare in women’s doubles. Rio 2016 starts from today and Sania, who recently published her autobiography ‘Ace against Odds’ (with Imran Mirza and Shivani Gupta), spoke to Nalin Mehta on her preparations and India’s medal chances.

You are World no. 1 in tennis doubles but does the fact that you are playing for India in the Olympics make it more special?
Every time we pick up the racket, we play for India. I always play for India and for our flag, every single time I get on court. This is my third Olympics and being there, of course, is special. There is no bigger inspiration than playing for your country. Will give it my best.

What about your medal chances? How confident are you?
I always give my 100%. You can’t sit back and predict medals. You play every match on merit, give your best and hopefully come back with a medal. All i can say is that the only time i can’t give my best is if my tank is fully empty, if i can’t even lift my hand and that’s happened only once before in my life. Otherwise, you always get on court and give it all. After that, sometimes you win, sometimes you lose but that’s life.

How have you prepared yourself for Rio 2016?
I have been playing in Canada for the week before the Olympics. You prepare like you gear up for every big tournament you play in like Wimbledon or US Open. I am looking forward to it.

What about your partners Rohan in mixed doubles and Prarthna in women’s doubles?
Rohan and i are the best Indian mixed doubles team. We have known each other for a very long time, we have played a lot together and are looking forward to it. Prarthna is a good partner as well. She is very young but younger players today are so much more confident. I totally understand the huge pressure on her to be playing on this big stage and facing the best players in the world. Sure, there will be some nerves but it’s good to have them. Prarthna has played with me for a while and hopefully that should help her.

India’s tennis selection for the Olympics has always been controversial. You have written in your book that London 2012 was your best medal chance but that didn’t happen because the best team wasn’t selected?
The right team has been selected this time. In 2012, i have already said that Mahesh [Bhupathi] and i would have been the best bet to play for India because we had just won a Grand Slam together and were the best team. When i say i wanted to play with someone it wasn’t a personal preference, it was about which is the best team. That’s why i said London would have been the best chance for me to win an Olympic medal. Mahesh had another chance earlier with Leander [Paes] when they were playing together in men’s doubles.
But once the team was selected we gave it our full 100%, even in London. That is what you do as a sportsperson. Unfortunately we didn’t win a medal.

Are you a better player now?
My first time at the Olympics in Beijing i got injured and couldn’t hold my racket. The second time in London this controversy over team selection happened. This is now my third time.
Now, perhaps i am a better player, perhaps i am a more complete player. But that’s true for everybody else also. Everybody gets better with experience.

Do you think India will up its London tally of six medals in Rio?
This is the Olympic Games. It is not easy to win at this level and it depends on so many things. All i can say is that every Indian athlete in Rio will give his or her best.

How would it be for you if you end up facing Martina Hingis on court in Rio?
We are friends and know each other so well but at the end of the day we are professionals. We understand how it is but hopefully that should happen only in the final.