ABSTRACT
India’s Olympic encounter has been a battle ground where an emerging nation’s internal dissensions were given full play: issues of national representation, colonial and postcolonial resistance, sports diffusion and participation at the global stage. This photo essay, with hitherto unseen photographs, seeks to detail some moments from colonial and early post-colonial India’s encounter of the world’s most successful sports spectacle. Each of the photographs used here seeks to explore the complex relationship between sports, identity, nationalism and internationalism in India. At the same time, it has been a conscious effort to come to terms with the philosophical debates that emerged in the course of India’s engagement with Olympic ideals, for example, the Indians not performing the Nazi salute in Berlin and creating a serious controversy and much heartburn for the organizers. All the photographs used are products of meticulous research – rare pictures that have never been seen before in the public domain. The fundamental motivation for this photo essay was to look back at India’s Olympic encounter on the eve of the 2012 London Games. The photographs bring to light the forgotten but fascinating journey of Indians at the Olympics and will, we expect, make way for further research by scholars. In documenting the Indian story from its origins in the 1920s and locating it in specific historical contexts and timeframes, these photographs are yet another attempt by the authors to resurrect India’s Olympic journey from a mere footnote, as in most tomes on Olympic history. Modern sport, as we know it, started as a global phenomenon at the turn of the twentieth century and India was an important strategic outpost. The nascent Olympic movement’s strategic alliance with the Young Man’s Christian Association (YMCA) in Latin America and subsequently with India draws attention to this fact. The movement sought to be global from its moment of conception; only later did particular regional connotations and dynamics emerge, making national Olympic stories more complex and compelling. Finally, the story of India’s engagement with Olympism was acutely political and provided a unique prism to understand the complex evolution of modern Indian societies through the lens of sport. It is important to put this in perspective as India gets ready to participate at the 2012 London Olympics, which promises to be a watershed event in the history of India’s Olympic sport 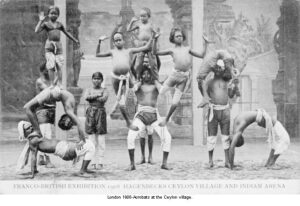 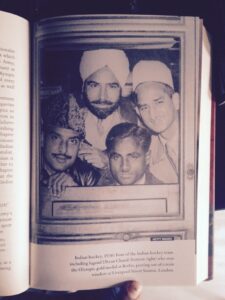