Deepa Malik: The Paralympian Who Won India’s Hearts With Her Extraordinary Story 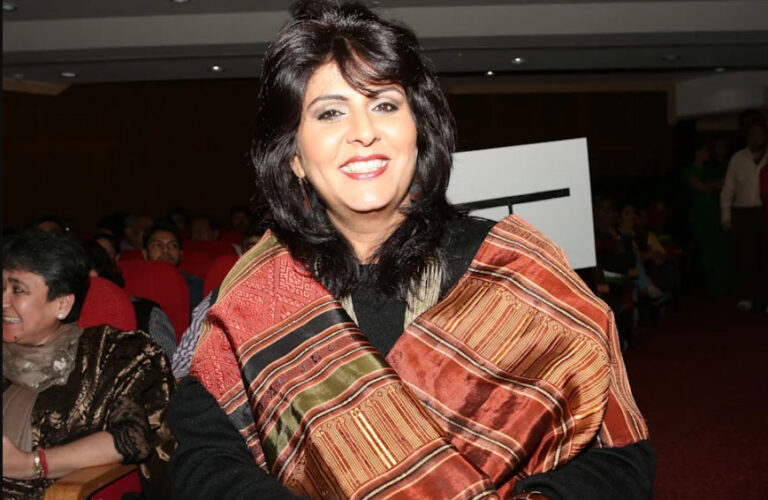 Deepa Malik during Limca Book of Records’ People of the Year 2014 award function on March 6, 2014 in New Delhi, India. India’s 25 most inspirational women were felicitated by Limca Book of Records, which completed its silver jubilee by dedicating the 25th edition to the cause of empowering women. (Photo by Prabhas Roy/Hindustan Times via Getty Images)

India’s flag-bearer of para-sports, Deepa Malik, is a woman extraordinaire. Today, she’s the President of the Paralympic Committee of India but her journey till here has been no less than a roller-coaster ride.

Deepa grew up playing every sport that got her interested and was especially addicted to her bike. But in 1999, she had to undergo life-changing surgery to remove a spinal cord tumour. Thus, began her life in the wheelchair or ‘will chair’ as she calls it. For an active person, this was quite the ordeal. She missed riding bikes and had to take care of her children while Bikram, her husband, was posted in the Army. To keep herself busy, she started a restaurant called ‘Dee’s Plate’, and before she knew it, bulk orders became her way of life.

The ‘never give up’ mantra

But it wasn’t enough by any means. Deepa missed her active life more than anything else. So, after doing some strength training in Delhi, the trailblazer took up swimming and came tenth at the World Championship in Berlin. But the lack of heated swimming pools was a threat to one of the most amazing women in sports, so she decided to stop swimming after one last notch on her belt – crossing the Yamuna to enter the Limca Book of Records. With an Army boat following her and Malhar boatmen stationed everywhere, she swam across the river and bid goodbye to her swimming career.

It has been 21 years since Malik had the surgery done. She recently took to Twitter to recall the fateful night and celebrate the life she has had. She said, “Celebrating 21 glorious years on my ‘Will Chair’! It’s today that I was reborn in a chest below paralysed body (sic). Celebrating life and paying gratitude to one and all who helped and supported.”

Deepa went back to sports with javelin throws. She wanted to participate in the 2010 Para-Commonwealth Games that were being held in Delhi. However, she didn’t win any medals and used her learnings to get a bronze medal two months later at the Asian Para Games in Guangzhou. Post that, she broke multiple records and was even awarded the Arjuna Award by the President of India.

But that wasn’t enough for Deepa. She dreamed big of participating at the Rio 2016 Olympics, and trained day and night for it. But three years of hard work went up in ashes when they announced that javelin had been cancelled and replaced with shot put. It broke her heart but nothing was going to stop this changemaker from realising her dream.

She learned shot put from scratch. It was a struggle initially, but the Sports Authority of India and the Target Olympic Podium Scheme came to her rescue with a doctor, trainer, nurse, physio, and all that was required. Deepa cleared her trials and made history at the age of 46 – she became India’s only woman silver medallist in the shot put F53 category.

“There isn’t a greater feeling than to see your flag go up for you at the world’s greatest sporting stage and to know that you are the first-ever Indian woman to win a medal. It meant my journey had turned full circle,” she recollects in Boria Majumdar’s and Nalin Mehta’s Dreams of a Billion: India and the Olympic Games.

Malik has won plenty of awards and medals in her tenure – 23 international medals and 58 national ones to be precise. She was awarded the Padma Shri in 2012, and last year, she was bestowed with the Rajiv Gandhi Khel Ratna – the country’s highest sporting honour. Deepa retired soon after and today heads the Paralympic Committee of India to let the world know that she is more than her disabilities.