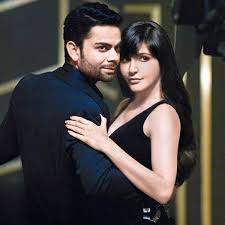 Following the debacle of Dhoni’s team in England, the BCCI has not only brought in Ravi Shastri to mount a rescue operation, there is also a purported move to ban girlfriends and restrict access to wives during tours. The argument is that they were an unnecessary distraction for players, who ended up focussing more on shopping, tourism and other pursuits. This line of thinking, if true, is not only regressive and sexist, it is plain wrong.

The role of wives and girlfriends in the lives of elite sportsmen has been debated ever since England’s 1966 World Cup-winning captain Bobby Moore and his first wife Tina became football’s original golden couple and a team manager at the 1970 World Cup suggested that wives were affecting team cohesion. The subsequent mythologies built around wives and girl-friends (WAGs) in most sports have more to do with voyeuristic sexual fantasies and misogynist fears than anything else. Women companions, in this view, can only be eye-candy or distractions for male athletes. This is both prudish and wrong. A statistical study of post-1966 English soccer by physicist Stephen Hawking came to the same conclusion. As he argued, “Contrary to tabloid opinion, the presence of WAGs is irrelevant.” Ergo for the Indian cricket team.

The fact is that Dhoni’s team was just not good enough. Its management was even worse. Instead of tackling real issues like player-fatigue, technique, overemphasis on IPL and a team that has simply gone to pieces, focussing on red herrings like girlfriends and wives is not only desperate, it is demeaning. Doubters would do well to look at the soccer World Cup where eventual champions Germany actively encouraged players to spend normal time with their respective “interests”. So did third-placed Holland. Cricket managers must focus on players, not on who is accompanying them. 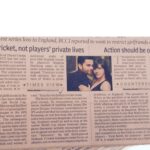