Why housewives back One Rank One Pension

HomePolitics & Current AffairsWhy housewives back One Rank One Pension 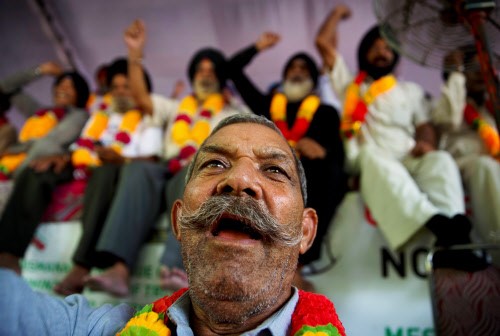 So, overheard a dark and disturbing joke from a veteran today. Pakistani soldiers on the border had unfurled a banner on their bunker saying “Jo ham se takraega, Jantar Mantar pe dande khaega” (Whoever clashes with us will get beaten up at Jantar Mantar). It shocked me out of my wits – it’s certainly not substantiated by anyone that I know and probably not true but black humour and rumour have their own currency as a barometer of what’s uppermost in the minds of any society or group and what it chooses to believe.

With opinions hardening at what veterans call their ”Sainik Parliament” in Jantar Mantar, the finance minister has cast the dye, likening his job to that of a “housewife” who “has to measure every rupee that the house spends so we don’t overspend and borrow.” It has been rejected by the veteran leadership because what is at stake is the very definition of OROP itself.

From the veterans’ corner, this position is seen to be nothing less than bureaucratic capture. As former navy chief Admiral Sushil Kumar has argued in the Times of India today, it’s a sign of another constituency, the civilian bureaucracy, determined to retain its own “OROP” – something he called an attempt to “Obdurately Retain Our Precedence”.

Ex-soldiers are simply unwilling to buy the fiscal prudence argument because they already had what they define as OROP till 1973 when their pensions were reduced by 25%. They argue that their definition of OROP was endorsed by the Rajya Sabha Committee on Petitions, headed by BJP MP Bhagat Singh Koshiyari, in its 142nd report on 19 December 2011.

Does this risk tying up the government in years of spiralling costs and do protesting soldiers really not understand the fiscal implications? The finance minister has articulated the government’s view but opinions are divided. In the past week, the Times of India has received, two very similar responses, one from the defence analyst Brig (retd.) Mahalingam, and the other from Col. Anil Kaul, disabled war hero and Vir Chakra awardee from the IPF operations in Sri Lanka, now media advisor to United Federation of Ex-Servicemen Association (UFSEM). 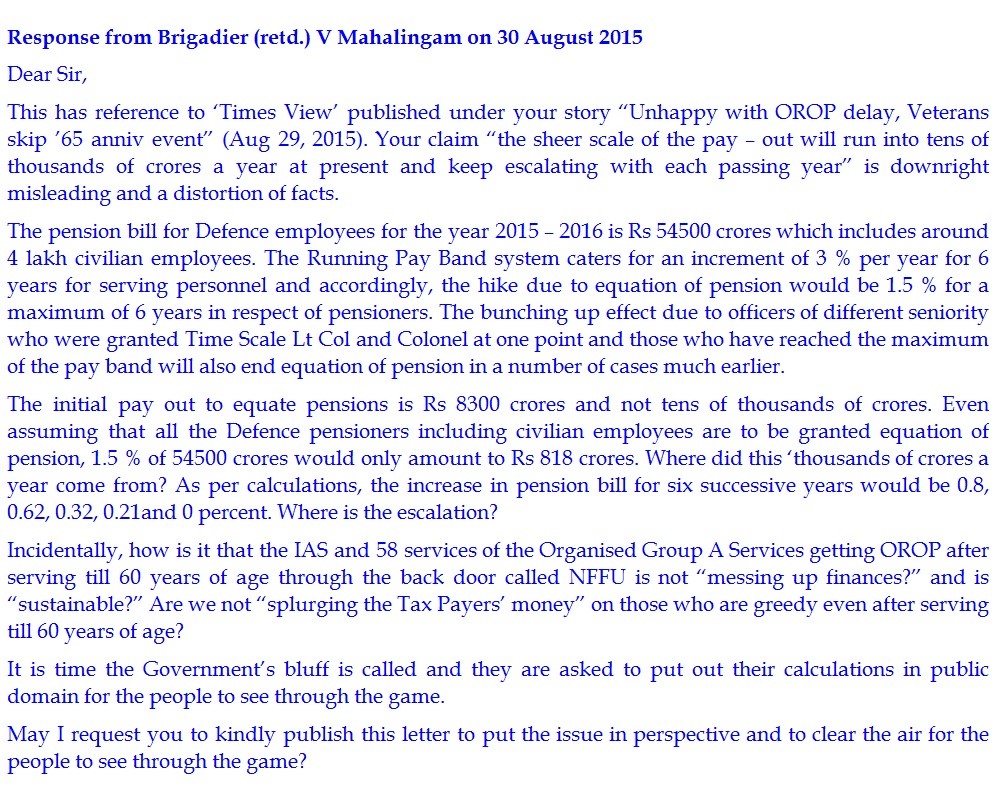 Both agree that the current costs for OROP being talked about are Rs. 8295 crore as one-time payment, applicable for financial year 2013-14, to be implemented from April 2014. The annual increases thereafter, they argue, do not translate into an unending spiral of escalating costs because the way the pensions are calculated under specific pension bands (to account for those who have served in same rank for more years than others in same rank). Once you reach the upper end of your pension band, the hikes stop.

Both broadly argue that the current Army Headquarters calculation is that extra hike of increments will translate into an extra 0.8% of the defence pension budget of Rs. 54,500 crore per year in Year 1, then decline to 0.62% in year 2, 0.32% in year 3, 0.21% in year 4 and 0% in year 5 – in their view, this will be decreasing every year till it reaches 0% as above. What the new Pay Commission awards later this year is of course separate. 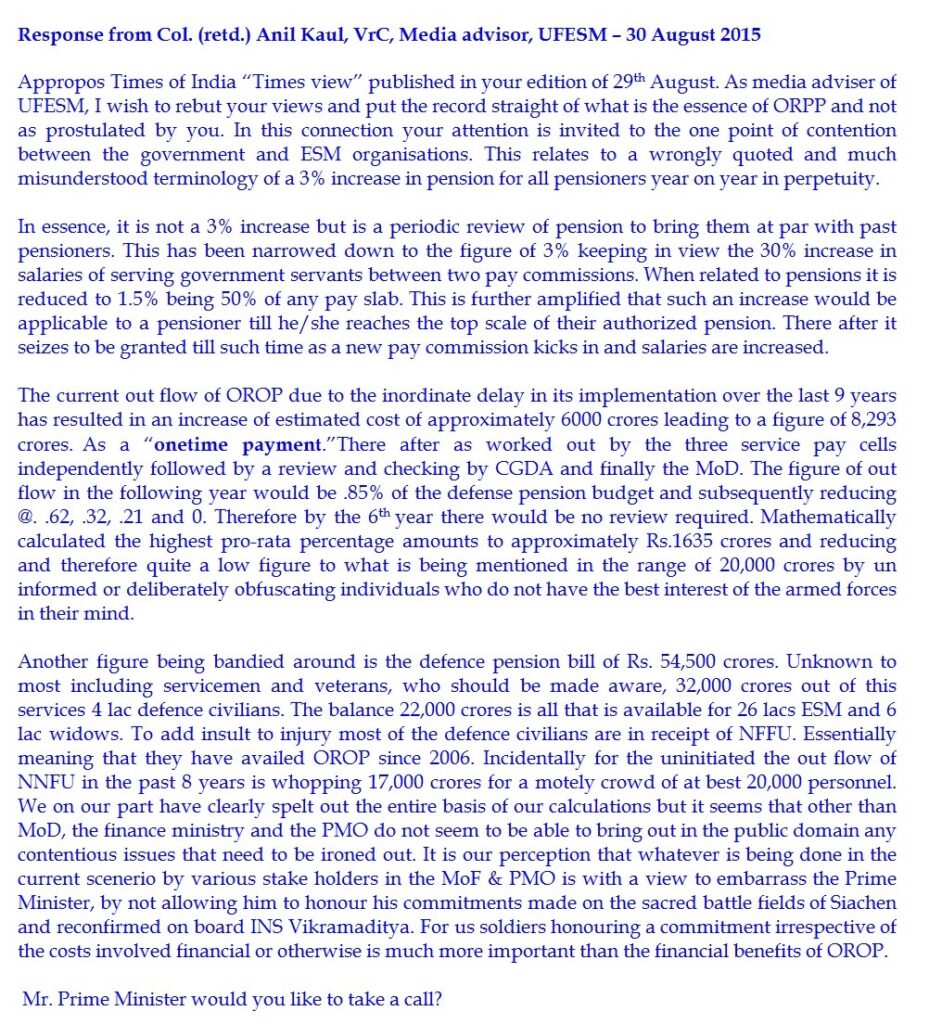 So what do housewives have to do with it? The finance minister is right that balance sheets must be matched but housewives (or house-husbands) also make choices – on what is essential expenditure (necessary to protect the household) and what is frivolous expenditure (that can be cut).

Like me, most Indians don’t understand the financial intricacies of this last mile of the OROP battle but almost all, including housewives and house-husbands, will agree that the nation must be ready pay a cost for its security and find a way out. Soldiers are going by what was promised, the endless haggling with them cannot be good for anyone.