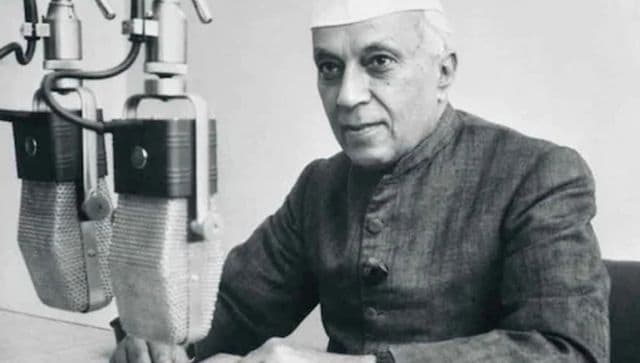 Today marks 72 years since the day Jawaharlal Nehru first threatened to resign from the Congress party, soon after Independence. This unprecedented public ultimatum of resignation by Independent India’s first prime minister was delivered to the Congress on September 21, 1950, at its National Executive meeting at Nasik.

It was the result of the first big fight within the party on the ‘Hindu’ question post-Independence, deep misgivings within Congress’s own Hindu traditionalists on the emerging role of secularism within the new Republic, India’s position on Pakistan and Hindu refugees left behind after Partition as well as deeper questions on whether Nehru represented Congress opinions as PM or his own policies. This little-known and extraordinary public battle between Nehru and his own party leadership was the culmination of a larger fight for control between Nehru and the Congress’s own Hindu traditionalists.

Nehru held unprecedented sway over India and the Congress party for 17 years as PM after Independence. But his political supremacy was not pre-ordained at the beginning. One reason why he is a major hate figure for the Hindu Right today is because of how he defined India’s early ethos – overruling strong opposition from the Congress’s own right-wing.

The threat to resign when faced with opposition to his policies from his party’s top brass and his fightback within the party with what he called ‘A Resolution on Communalism’ was an early flashpoint in this battle for control of India. This political fight reflected how issues around Hindu nationalism were bitterly contested within Congress itself — and not just between Congress and the RSS — in the period between India becoming a Republic in 1950 and its first general election in 1951.

Syama Prasad Mookerjee & the Congress Right Vs Nehru: Fight for the Party’s Soul

The dispute began with the resignation of Syama Prasad Mookerjee, India’s first minister for Industries and later founder of the Akhil Bharatiya Jan Sangh (BJP’s predecessor) from Nehru’s cabinet. Mookerjee had been vice-president of the Hindu Mahasabha and had joined Nehru’s government with ‘specific approval’ from Hindutva idealogue Vinayak Damodar Savarkar. He quit over the question of safety of Hindus left behind in East Pakistan. Under the Delhi Pact on migrations between East Pakistan and West Bengal, jointly signed by Nehru and Pakistan Prime Minister Liaquat Ali Khan on April 8, 1950, both governments agreed to guarantee the safety of religious minorities on their side. Mookerjee resigned in protest the day Khan reached Delhi to sign the agreement.

Mookerjee viewed Pakistani assurances on minority rights as untrustworthy. His rationale was that Pakistan was now an Islamic state. He accused Nehru of weakness and proposed ‘an outright exchange of population’, fearing that Hindus had ‘lost all sense of security in Eastern Pakistan’.

Nehru’s response was clear-cut and predicated on a different idea of India and the new emerging Indian state. “Protection” to Hindus “in Pakistan can only be given obviously in Pakistan”, he told Parliament. “There is no other way. So long as there is a Government dealing with a situation [on Hindu minorities], you have to deal through that Government.” In Nehru’s view, “India could not interfere in the internal affairs of another polity, in this case Pakistan, even when the question at issue was the future of Pakistan’s Hindu minorities”.

For Mookerjee, “the mere fact that they [those left behind] were Hindus was sufficient justification for India’s taking action”. In this view, the safety of Hindus anywhere was India’s concern. Especially so, after Partition.

These disagreements created a deep schism within the Congress: between the Nehruvians and the party’s own Hindu traditionalists. Eventually, this became the single biggest threat Nehru faced to his leadership from within his party after Gandhi’s death, until the 1962 war with China.

Essentially, Mookerjee had ‘acted out what many Congressmen would have liked to have done themselves’. For example, Purshottam Das Tandon, a close confidant of then Deputy Prime Minister Sardar Vallabhbhai Patel, publicly announced in Delhi that the Nehru-Liaquat Pact had “failed to stop the migration of Hindus” from East Pakistan. “Reports of dacoities in Hindu homes, molestation of women” and “requisitioning of Hindu houses” were received “even after the Pact”, he added.

Tandon soon defeated Acharya Kripalani in a contest for Congress presidency at the party’s Nagpur session on September 2, 1950. He fought the election on a single point agenda: whether Nehru as PM would follow policies that accrued from his own ideas or those that reflected the views of the majority of the top Congress leadership.

Nehru saw Tandon’s election as Congress president as a direct challenge to his writ by the Hindu traditionalist wing of the Congress. “Communal and reactionary forces had openly expressed their joy at the result,” the Prime Minister wrote in a national newspaper. He called for a mandate for his policies from Congress at its Nasik session on September 20-21, 1950.

On the way to Nasik, Tandon held an impromptu press conference at Jhansi railway station. There he declared that the session would “decide finally the question of whether the Congress must live or die at this stage” [emphasis added]. Standing next to him was another Hindu traditionalist, UP Chief Minister Govind Ballabh Pant. As another UP Congress leader explained, this reflected the ‘contradictions within the Congress, artificially suppressed so far’, between the forces of ‘reaction and progress’.

With both Nehru and Tandon enroute to Nasik, national newspapers openly wrote about the possibility of a ‘split’ in the Congress. At stake was the possibility of ‘another exodus of Muslims from India’ and how the outcome of the political battle could ‘accelerate the migration of Hindus from Pakistan’.

Behind the scenes, Tandon met both Nehru and Patel after becoming Congress president to thrash out disagreements on Nehru’s policies. Nehru and Tandon were old friends from UP. They continued working together.

Yet, the possibility of Nehru resigning from the government and the Congress Working Committee was specifically discussed for the first time in these meetings. Newspaper frontpages openly reported on the possibility, in the runup to the Nasik session.

Nehru at Nasik and ‘Resolution on Communalism’

Nehru went for the jugular in Nasik. Heavy rain had turned the Nasik meeting into a swamp. Nehru went on stage and his message was direct: a threat to resign. “I am Prime Minister,” he told the Congress’s delegates, “because you have chosen me…If you want me as Prime Minister, you have to follow my lead unequivocally. If you do not want me as Prime Minister, you tell me so and I shall go. I will not hesitate. I will not argue. I will go out and fight for the ideals of the Congress as I have done all these years.”

Speaking specifically on ‘Hindu-Muslim’ issues, Nehru drew a distinction between democratic principles and mob rule. He was not prepared “to accept for a single moment the theory trotted out by certain sections of Congressmen and others that democracy means that whatever people feel regarding any matter is to be accepted”.

The prime minister thundered: “If that is called democracy then I say, hell with such a democracy.”

And then he questioned: “What has happened to the minds of Congressmen? Do they want today to bow before what a mob says and compromise their principles? … I do not agree that Congressmen should do what the large majority of people ask to be done.”

Sardar Patel sat in silence through the entire proceedings as Nehru’s resolutions got passed. The Sardar’s ‘complete silence’ was ‘much commented upon’, but ‘perhaps there was nothing to it apart from his ill health’.

Nehru’s Nasik speech won the day. However, tensions between the ‘secularists’ and the ‘Hindu nationalists’ within Congress did not end. The PM left Nasik with a ‘disturbing suspicion’ about the views of his senior party leadership. He feared he had won only a tactical victory. He was “deeply troubled”, he said, by a “feeling of different pools in the country and different pools and ideas within the Congress”.

The Congress’s Hindu traditionalists responded by forcing Communications Minister Rafi Ahmad Kidwai’s exit from Nehru’s cabinet on August 2, 1951. Kidwai publicly attacked Tandon. “Is there a parallel in the world where the executive head i.e. the president of an organisation is the very antithesis of everything that the organisation stands for? What is there in common between Shri Purshottamdas Tandon and the policies of the Congress — economic, communal, international and on refugees?”

In response, Nehru formally resigned from the Congress Working Committee and the party’s Central Election Board. This was the first time he had ever done so. A full year of ‘controversy between him and the Congress President’ led to this ultimatum on August 7, 1951. Nehru was now in a stronger position within his party. Patel’s death in December 1950 also deprived the Hindu traditionalists of a powerful supporter.

By resigning, Nehru forced the party’s hand. He first won a vote of confidence in the Congress Parliamentary Party on August 21. By September 8, he was also elected Congress president, forcing Tandon to resign from the position. Independent India’s first election was just a month away. With this victory within his own party, Nehru was now truly ‘monarch of all that he surveys in this country’, as a newspaper report put it.

“Nehru’s victory was by no means certain even as late as August 1951”, commented the political scientist BD Graham. If Nehru had lost the leadership, it is possible that both Mookerjee and the RSS would have been comfortable with a Congress that could have turned Hindu nationalist. Nehru’s internal party triumph put such an option was out of reach.

The Jan Sangh (BJP’s predecessor) was launched nationally the very next month, on October 21, 1951

This article was first published on firstpost.com | September 21, 2022