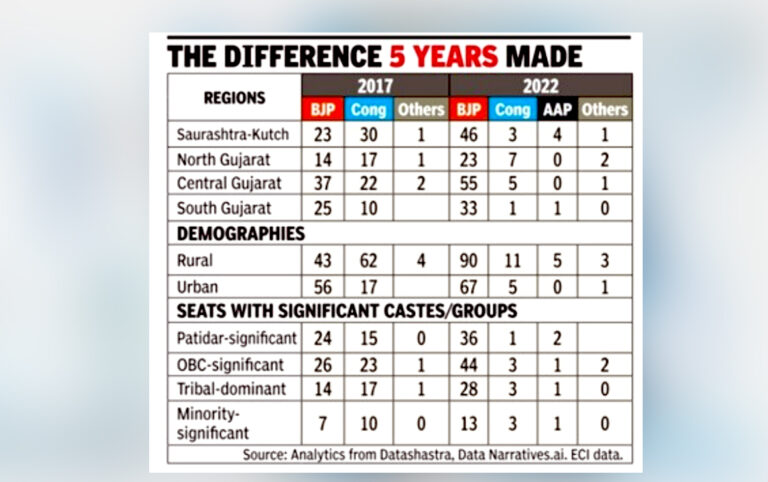 ‘Aa Gujarat Main Banavyu Che [I have made this Gujarat],’ PM Modi had declared in his first campaign rally in Gujarat, at Nana Pondha village in Valsad district. Over the past month, over 34 lakh Gujaratis uploaded selfies and videos on social media platforms and Namo app with the slogan. The social media campaign portended an unprecedented landslide for BJP in the PM’s home state, the biggest ever victory in the history of the state since its creation.

By the time the incoming BJP government will finish its term in 2027, BJP will have spent almost the same time uninterrupted in Gujarat as the Left Front – an amalgamation of Communist parties – did with its record 34 years in West Bengal (1977-2011).

Read the full opinion in The Times of India