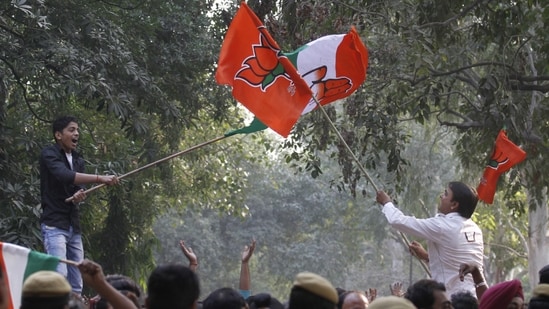 From grassroots cadre to a digital army, from aspirations to ideology, the BJP’s party structure – much like the Congress of the past – is now fortified. How the Congress decides to contend with this hegemon, as it gears up to elect a new party president, will be crucial for its survival

When political scientist WH Morris-Jones visited the Congress party office in Bhopal in 1967 to research what held the party together, he was waved off by a committed party worker “hard at work over a desk” who told him he was “busy”. When Morris-Jones persisted, the worker responded, “I am working for the party and nobody can interfere with this work”. The political scientist later recalled that this encounter “opened” his eyes. There were, he wrote, “several of his (the worker’s) kind to be found in dusty Congress offices up and down the country, slaves dedicated to the cause”. These party workers were legatees of Mahatma Gandhi’s exhortation to the service ethic, which harnessed the “traditional call of seva to the modern party machine”.

This article was first published on Hindustan Times |  Sep 03, 2022