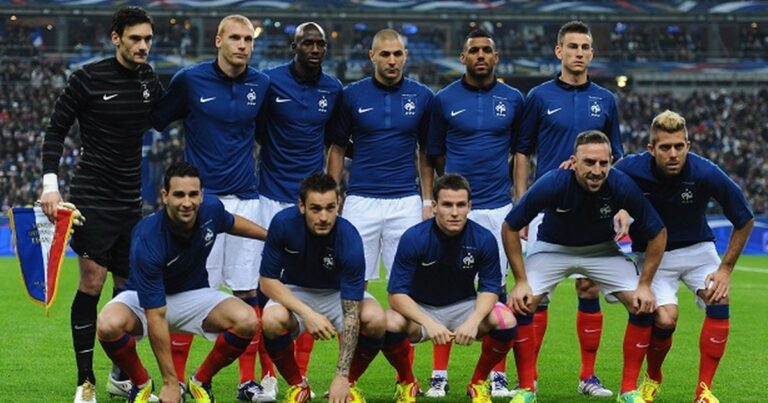 When its France, the temptation to quote grand history can’t be too far behind. Even if its just football! As Romania’s prime minister Dacian Ciolos attended his national football team’s practise session at the Stade de Francia, before their Euro Cup opener against the France, a UEFA reporter quoted Napolean’s famous quip on underdogs: “”Every soldier carries a marshal’s baton in his pack.”

Officially ranked 22 in the FIFA rankings, Romania may be the underdogs against France, currently ranked 17, and the French ‘Les Bleus’ may have the home advantage but they will also be battling the weight of history. Few major teams in the past decade have been as troubled as France and though they enter the tournament as one of the favourites, France are also playing under crushing expectations for a country which is still under a state of emergency since the November terrorist attack on Paris, and now also weighed down by strikes that threaten rail traffic and garbage collection.
Managed by Didier Deschamps, who led France to their only World Cup triumph in 1998 and their last Euro Cup title in 2000, the Les Blues are expected not just to play football but to do much more. Their mission is to do nothing less than to “lift the national gloom”, as AFP, the French news agency recently put it.

Yet, as eminent football writer Simon Kuper points out, French football’s list of troubles since 2006 has been endless: links between star players and an underage prostitute, the team’s strike in the 2010 World Cup, the French Federation’s secret discussion of quotas to limit the number of young black and Arab players; and, most recently, the alleged involvement of one French player in an attempt to blackmail another over a sex tape.

The French relationship with their football teams is, says Kuper, like an “unhappy marriage in which one partner (the team) keeps horribly betraying the other” though it has been improving greatly in the runup to the Euro Cup.
Even now, France’s build-up to the Euro finals has been overshadowed by the decision to drop star striker Karim Benzema (the highest-scoring currently active French international with 27 goals). He was informed by the French Football Federation on April 13 that he would not be selected as he is under investigation over alleged complicity in an attempt to blackmail France teammate Mathieu Valbuena over a sex-tape.

Overall, French football is such central faultline in French society, because it is also the most visible arena where its current debates over racism, immigration and identity play out. Football in France, says Kuper, provides “a way for the nation to debate immigration” Unlike other sports, French football is largely made up of players from poor immigrant families, often Muslim, who never lived in the French mainstream.

As Lilian Thuram, part of France’s 1998 World Cup-winning team, told Kuper, “If you have the habit of regarding certain people as inferior, then it can upset a society to see people of different religions, colours, cultures reach the summit of society thanks to football.”

Yet, just as the 1998 World Cup triumph and the symbolism of Zinedine Zidane, the son of Algerian immigrants united France as never before, the French are hoping that Euro 2016 will provide a similar catharsis.

French coach Deschamps has assembled an exciting, young attacking side including Paul Pogba one of Europe’s most wanted players, and France’s President Francois Hollande says “all necessary measures” have been taken to keep the country moving after a nine day train strike and action by garbage workers overshadowed the buildup to Cup.

Much like the Indian cricket teams of the past, the Les Bleus, playing for a nation looking for deliverance after a year of political and economic shocks, will be doing much more than just playing football this time. The question is can they deliver.